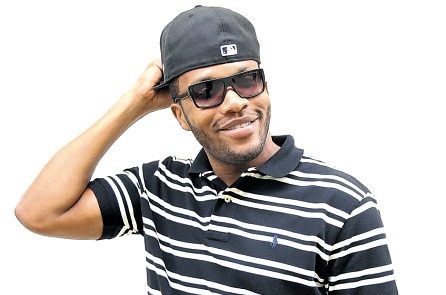 Currently under the guidance of Solid Agency, Mr Assassin is undoubtably, one of the best lyricists of Dancehall music.

When asked how he felt about the up and coming album release, he stated he was excited about the final product. Assassin, who previously released dancehall albums such as Infiltration and Gully Sit’n, continued to say, “I’m particularly excited about this project because it’s my first full reggae album. I also had the opportunity to work alongside some very talented musicians and the actual making of the album was done in what I consider the true spirit of reggae in which the music is the primary mission – where the vibe leads the process and everyone contributes, understanding that we are a part of something far greater than all of us, and that itself is magical.”

Assassin further explained his decision behind calling the album “The Theory of Reggaetivity.” He said he had been studying the music in-depth. Passionate about his work, he stated he wished to ensure that the project embodied the essence of what makes authentic and good reggae music. “I have been exploring the circumstances around its birth. What are the birth marks and the unique, distinguishing characteristics of the music? I like the idea of a theory because it’s a supposition; therefore, it leaves room for improvements and amendments. Like with all learning, it does not propose that one knows all there is to know on the subject; it therefore leaves room for expansion,” he said.

The Listening Session, exhibiting Assassin’s new Reggae Album, was held at Villa Ronai in Kingston Jamaica. Assassin had also recently embarked upon a European Tour in support of his project. Songs from the new Album such as Country Bus and Day In Day Out are already upon radio rotation. Assassin has also had recent international success with collaborations with artiste such as like Kendrick Lamar, Kanye West and Raekwon.

When asked about the current state of Dancehall and Reggae Music, Assassin stated, “It’s a serious time for our music, and there are calls for concern and calls to be optimistic. The players who really love this music and want to see it do well, are encouraged to look at what the realities are and take some serious action, and this album is a tool in that process,” The album will be released before the end of 2015.

BEST NEW REGGAE ALBUM – YOU HAVE THE SAY – VOTE NOW

Reggae, dancehall and the culture of violence

The story behind ‘Murder She Wrote’

Music is My Drug