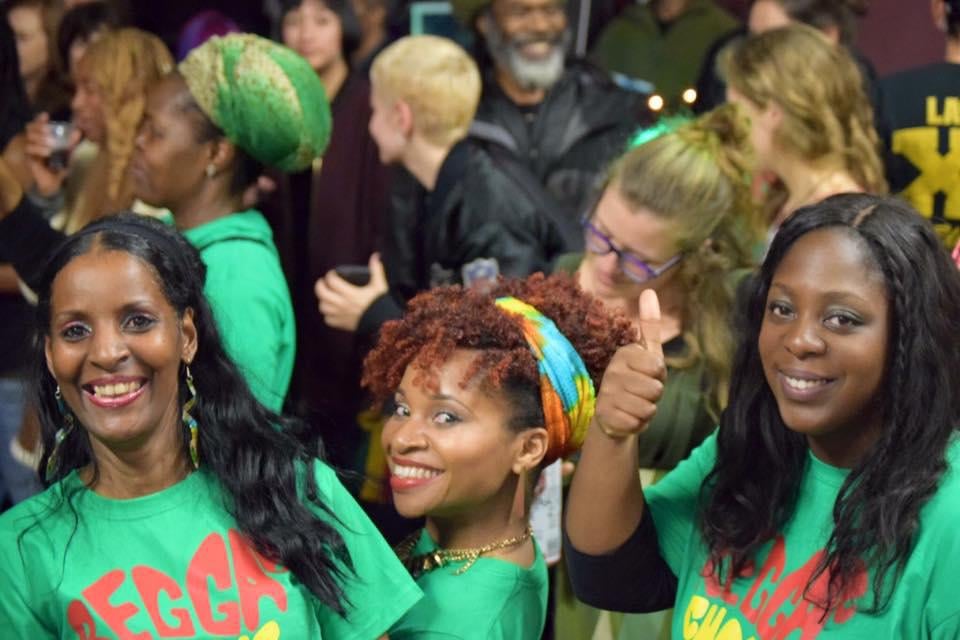 The UK’s only reggae choir, based in Stratford, have lined up gigs at one of London’s best loved music venues.

Singers from Reggae Choir, who have previously performed at music festivals, are having their final rehearsals ahead of their show at Camden’s Jazz Cafe on November 25.

The secular choir, set up by choir master Fola Phillips, started out as a bit of fun – but the members of the choir are delighted to now be able to perform their music in front of others.

“They asked us to come down and perform, which we’re really pleased about,” said Fola.

“I’m really proud of them all and it’s a testament to all the hard work they have been putting into rehearsals.”

The choir accepts anyone who fancies coming along and none of the singers are professionally trained.

“We have a really diverse group of people,” Fola added.

“Anybody and everybody is welcome along if they want to sing our music.”

Choirs have enjoyed a bit of a resurgence recently. With much fewer people going to church these days, people are seeking out places where they can sing as part of a group.

However Fola thinks lots of choirs are performing similar kinds of music – gospel choirs and choirs singing pop songs are popular, but there’s little else out there for people to try, she says.

“I like that we’re doing something a bit different,” she says.

The choir sing a range of reggae songs from different eras, including rocksteady, ska and roots.

Reggae Choir also perform modern pop songs that have been influenced by reggae.

“Lots of people play watered-down reggae songs, or songs that are influenced by reggae without even knowing it,” said Fola.

Members of the choir will also suggest songs they really want to sing to Fola.

Reggae Choir was founded five years ago and now has over 40 members who rehearse several nights a week.

They rehearse at Stratford Circus and Hibiscus Community Centre.

KING OF THE DANCEHALL BANNED

WEEKLY REASONING:- DID FRANKIE PAUL GET MONEY FROM THE UK BENEFIT CONCERT FROM ORLANDO GITTENS?

Skip Marley – Cry To Me